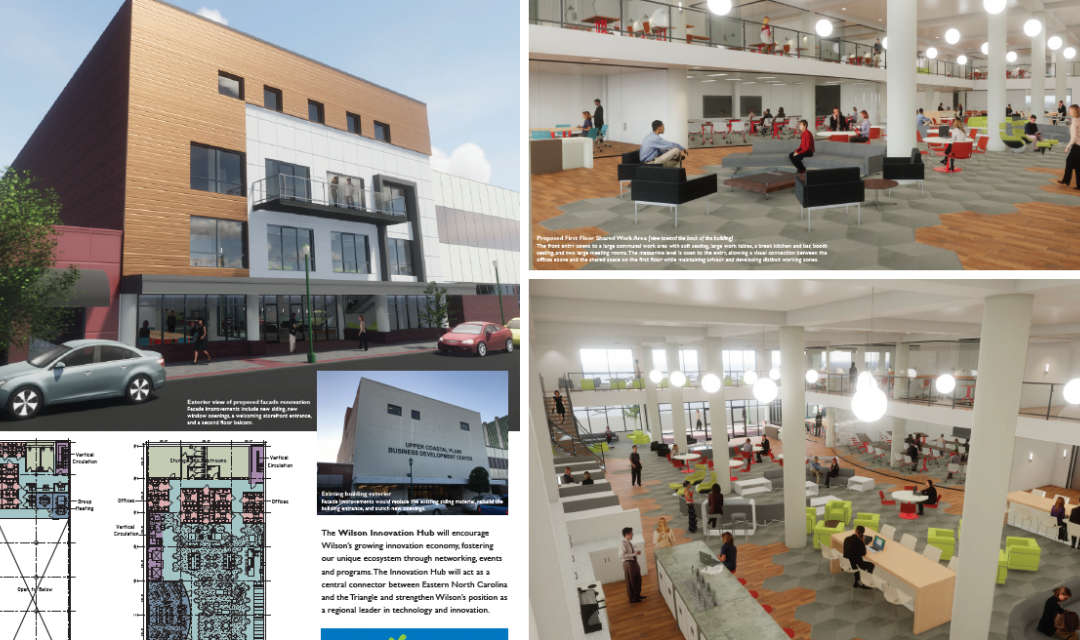 WILSON – With the help of a $1.1 million grant from the Golden LEAF Foundation, the City of Wilson says it will build an “Innovation Hub.”

The hub will include co-working space for startups and also offer a variety of support program with the goal being to help entrepreneurs start and grow businesses.

The City of Wilson will contribute $1.6 million toward the project.

Wilson hopes to replicate the success of other startup hubs such as HQ Raleigh, The American Underground, and other co-working hubs across North Carolina.

Wilson says the hub will be built in the Belk department store building at 121 West Nash Street in Wilson’s downtown.

“The building will be transformed into modern co-working space, including conference facilities, training rooms, and flexible space that can accommodate large events,” the City said in the announcement.

“The Wilson team toured many successful operations before determining the design of the building, incorporating many elements from the nation’s leading entrepreneurial communities.”

Users will be charged membership and leasing fees. The City also will seek sponsors for the center and plan special events.

“We are honored that the Golden LEAF Foundation has demonstrated such confidence in Innovate Wilson’s vision to be a catalyst for innovation and entrepreneurship in our community,” said Grant Goings, Wilson’s City Manager. “Clearly, our application benefited from community collaboration. In particular, Barton College and Wilson 20/20 were critical partners in this effort. “

The hub will include access to the City’s Greenlight gigabit Internet service.

“The Innovation Hub represents a strong effort by Wilson to attract and retain the high level of talent that its current and future employers will demand,” said Dan Gerlach, Golden LEAF’s president. “We are pleased to support a creative strategy well supported by the public and private sectors.”

Timeline for construction has yet to be determined.