Wilson proves city is a playground for innovation, exploration 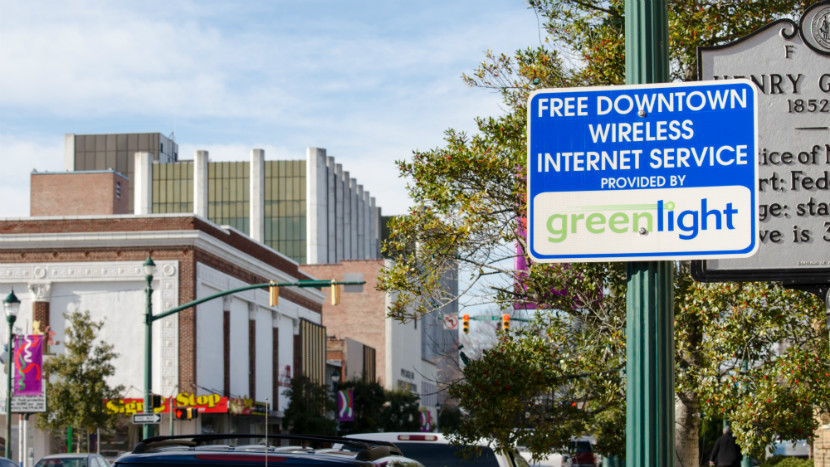 “I get by with a little help from my friends.”

These aren’t just the lyrics to a popular Beatles song, they’re also words that Wilson lives by when it comes to exploring innovative options and opportunities for its business and entrepreneurial community.

With assets like its Greenlight gigabit fiber Internet technology and established infrastructure that continues to grow, Wilson aspires to be a “living, learning lab.”

Catchy alliteration aside, the phrase evokes a mental image of a place that is ebbing and flowing with ideas, research, experimentation and the root of all exploration — possibility. Wilson hasn’t shied away from looping in others to advance the realization of its vision. Its network is a game changer, yes, but networking itself is also at play.

“The City of Wilson is really cool in that it’s a completely fiber city,” said Dan Moore, one of the co-founders of Wisp City, a Raleigh-based startup focused on enabling connectivity for the Internet of Things. IoT is a network of physical devices equipped with technology that facilitates connectivity and the exchange of data.

Wisp City is working on deploying new networks for sensor devices at the municipal level. Wilson is one of the cities that the company has partnered with to pilot its devices.

“[Wilson’s] Internet service is actually provided by the government,” Moore continued, speaking of Greenlight. “That, in and of itself, is cool for two reasons. One, because they have a lot of incentives focused on their constituents and providing the best service, as opposed to just profits. As a network technology provider, we are really interested in that because [Wilson] has a lot of ties to the community to allow us to test out new technology.”

Moore continued, “The second cool reason is that the technology that [Wilson] uses — since it is fiber, they have the entire city mapped out. It provides a really easy way to deploy across an entire city very quickly.”

Essentially, in analogical terms, Wilson’s Greenlight is the power and Wisp City provides network devices that leverage that power.

“What we’re talking about doing is plugging in 10 devices for the entire city, and then you get this special wireless service that is custom and unique for the IoT devices,” Moore said. “I think other people call it ‘last-mile connectivity.’ Even though [Wilson] has fiber access, they still have to run a cable and give you a device [so you can access the Internet]. So we shrunk that down and only do that 10 times … and we’ve covered the entire city, instead of one [device] for each household.”

Wisp City has plans to leverage Greenlight with a network that allows one access point for things like smart parking meters that would cover 10,000 parking spaces, rather than running a cable for each one individually.

“These [devices] detect water levels. The main use [for them] that we’re targeting is frequent flooding,” said Karen Lindquist, COO at Green Stream. “You already have tide sensors and [things like that] are very big and very expensive. [Our] sensors are so cheap and so small that you can put them on overpasses [and things] that fill up with water.”

Lindquist said they hope to reduce property loss and help with people’s safety in flood-prone areas. Though Green Stream and Wilson are currently in the “courting” phase, Lindquist said that they plan to incorporate the data from the sensor devices into Wilson’s Greenlight gigabit fiber-optic network so that neighborhoods can get relevant information in real time.

“We are really looking forward to it,” she said. “[Wilson] is such a smart city. It’s really nice to see that smart city solutions are being implemented even in a smaller city like Wilson.”

NC RIoT, a 501(c)(3) non-profit focused on economic development across the state, facilitated the Wilson/Green Stream connection. RIoT spends a lot of its time “convening” people and resources and has been working with the City of Wilson for the past year.

“There are a couple areas where we are helping them,” said Tom Snyder, executive director of NC RIoT. “One is helping them to meet providers of smart city solutions … we’ve worked on the very large corporate scale with helping them to connect to really big companies that provide networking equipment and other kinds of services.”

Snyder described RIoT as “connective tissue” that finds opportunities to bring technology into civic applications that can benefit citizens, particularly in smart cities or those trying to become “smarter” like Wilson. RIoT also runs RIoT Labs, a start-up accelerator and incubator space for early-stage IoT companies.

“[But it’s not] just smart city [companies], but agriculture, medicine, education, transportation, on and on,” Snyder explained. “We’re an industry consortia. We have 75 partners.”

Some of these partners include IBM, Lenovo, SAS, Verizon, Microsoft, Cisco, Citrix, and other big name and local companies alike.

Snyder said Wilson is doing innovative things, particularly with Greenlight, that make it a forward-thinking, citizen-serving city. He made clear that RIoT helps with team building and ideation, but once they “get people together to have that conversation,” RIoT gets out of the way.

Wilson’s partnership with US Ignite is another example of a municipality and an outside resource coming together. US Ignite is a national nonprofit that advances smart city technologies and options. It provides technical assistance for next-generation communities and helps them seek industry partnerships.

Wilson is part of US Ignite’s Smart Gigabit Communities Program, a cohort of 25 cities dedicated to building up advanced technology investments. US Ignite secured a $10,000 grant to help Wilson purchase a specialized drone prototype. The drone camera has the ability to be integrated with city services.

“It’s much cheaper to use something like this than a helicopter,” said Scott Turnbull, the national technology leader for US Ignite. “[For example], first responders are able to use it for insurance purposes, damage claims and also assess what extra they might need on the ground in terms of personnel or equipment. It can also help assess things like flood damage.”

Turnbull said that “the sky’s the limit” with technology like drones, explaining that traffic safety is just the beginning as tech advances and enables municipalities to elevate building and land-use management and allows people to “interact in almost real time with their cities.”

“I think the stage we’re at now is that we’ve gotten as much as we can get out of general technology. A city is the only one who knows what it needs. Cities need to contextualize [their needs]. There’s more work than we can handle when it comes to contextualizing these technologies,” Turnbull continued, referring to tech and the data processing that’s required of it. “I think these [partnerships] are job creators and are really going to greatly impact people’s live.”

Wilson’s partnerships are exhibitory of the city’s endeavor to become a “living, learning lab” and a reminder that you can do more than get by, you can excel with a little help from your friends.