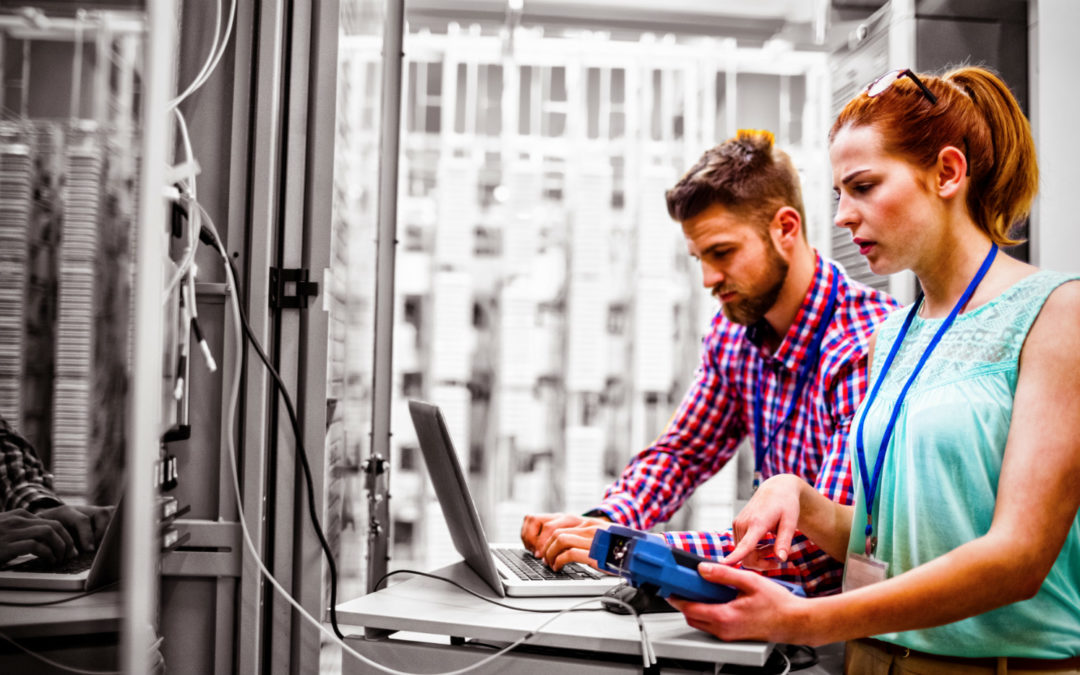 Fiber-optic networks often market themselves through the benefits that they can bring to communities.

Google Fiber made waves when it expanded throughout the country, and major telecoms like AT&T and Comcast have also begun offering competitive services in major metropolitan areas.

As the fiber craze grows, cities and municipalities have begun building and offering their own fiber solutions, like Wilson’s own Greenlight service. But it’s important to note that these networks are different from traditional utilities and require specialized training.

Greenlight and Wilson Community College have partnered together to fill that gap.

“It’s a proof of concept course because we recognize the need for training people in fiber optics and broadband networks,” said Gene Scott, general manager of outside plant for Greenlight. “The City of Wilson built this Greenlight network, the first fiber-to-the-home in the state. We started having jobs to fill and having technicians come into homes to help the network. We were having trouble finding people with existing skill sets.”

Anyone that was brought on to the Greenlight team had to be trained in-house on how to deal with fiber-optic networks. The most common training classes available were short, week-long seminars that were prohibitively expensive.

The need for training was too great to ignore, so Scott partnered with Wilson Community College to develop the continuing education course.

Currently, in its first incarnation, the program has 15 students (a full enrollment), filled with students not just from Wilson, but surrounding areas as well. Over the course of 10 weeks, students learn the ins and outs of maintaining and operating a fully fiber-optic network.

“It took about three years from brainstorming to the point we’re at today,” Scott explained. “I’ve been very pleased so far. We’ve got folks as far away as Salisbury coming to the class. We’ve got a couple [of] guys from Harnett County. I want to expand this and make our young people aware that this is a career path for them.”

For Scott, the necessity of a program like this really hit home during a career day at Wilson Community College.

The students were knowledgeable about servers and user equipment but knew nothing about what’s connecting everything together. They didn’t even think about what enabled data transmission, and that precluded them from searching for a career in the field. The good news is there’s time to help build up these networks of people and educate the next generation who will not only benefit from but take care of the connections.

“I look at the broadband fiber networks today as being where our electrical grid was in the 1930s; it’s really in its infancy,” Scott said. “I read weekly about all the new ideas coming out. The catch is we have to have a network for what folks are developing. I don’t want it to be a have and have-not situation. What if you live 30 miles outside the city area?”

Challenges like this need skilled problem solvers like the students currently enrolled in the course. Through a combination of lectures and hands-on training, the students are exposed to all of the aspects of fiber networks.

One week each student was given hands-on time with a fusion splicer to learn how to connect glass fibers. Another time, the class Skyped with Dr. Peter Schultz, co-inventor of the glass used for modern fiber-optics. Industry leaders from around the country have donated their time and expertise to the class.

“I’ve been blessed in that I’ve gotten people from the community to teach their subject matter expertise,” Scott said. “These are all people in manufacturing or product development that supply to fiber developments all over the country. I thought it was neat the industry was willing to come and help out.”

Once this inaugural class graduates, the goal is to obtain funding so the course can be offered once a year.

Ultimately the goal is to expand the program into a two-year degree. That requires showing the state government the need for such a program, but the level of enthusiasm in the industry has Scott optimistic for the future.

“I think it’s very positive; bring the whole community in to leverage what we’ve got for all the people that live here,” he said. “The college has been as supportive as they can be, the industry has been supportive. Sometimes, it’s just a matter of opening people’s lives to think about things a little differently.”